Bir Billing Paragliding packages generally cost around INR 3,000 per person which includes transportation and Gopro for shooting. The 360-degree view of the valley is easily captured in the fish-eyes on the wide lens of the GoPro camera.

Located on the foothills of the Himalayas, Bir-Billing's terrain is apt for paragliding. Popularly known as 'Parindon Ki Nagri (the town of birds)', it hosted the Paragliding World Cup in 2015, sees nearly 350-400 tourists each day during peak season, and is considered one of “safest” paragliding sites in the country. 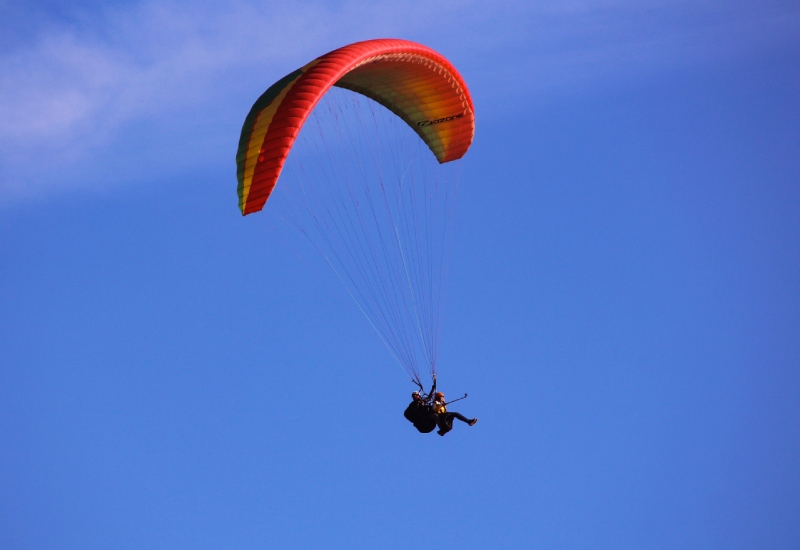 Bhagsu Nag Mandir is an ancient temple believed to have been built by King Bhagsu from Rajasthan. The present Bhagsu Nag temple was constructed by 1st Gurkha Rifles in early 19th century and worshipped majorly by 14 Gurkha platoon villages in Dharamshala.

Bhagsunag Temple is a 5100 year old Hindu abode on the slopes of the picturesque Dhauladhar range in the village Bhagsu, some 2 kms from McLeod Ganj. A major earthquake in 1905 destroyed much of this age old temple as also the Kangra valley and the British garrison.

The best part about Triund trek is it can easily be done solo due to its well defined route. The relatively easy trail and with magnificent views of Dhauladhar ranges on one side and of Kangra valley on another side it becomes an easy introduction to the treks for beginners.